Four Fire and Rescue NSW (FRNSW) firefighters have each been awarded an Australian Fire Service Medal (AFSM) for their commitment to protecting the communities of New South Wales.

The AFSM was established in 1988 to recognise the distinguished service of firefighters to their organisations.

The medals are awarded on Australia Day and the monarch’s birthday holiday each year by the Governor-General, on recommendation of Commonwealth and State ministers.

Acting FRNSW Commissioner Megan Stiffler congratulated each of the AFSM recipients on their lengthy firefighting careers and outstanding contributions towards workforce education and training; fire prevention and preparedness; inclusion and diversity; and community service.

“These four firefighters each bring different experiences, skills and perspectives to our workplace, but what they have in common is their determination to go above and beyond the call of duty,” said Acting Commissioner Stiffler.

“Roger, Stephen, Belinda and Peter don’t seek accolades, but it’s terrific to see them nationally recognised for the extraordinary ways they approach their work every day.”

During his 34 years of service, Assistant Commissioner Roger Mentha has made an exemplary contribution to Fire and Rescue NSW and its people.

He has made significant contributions to training and education, particularly the development of future officers and now as Assistant Commissioner Education and Training he is leading the ongoing reform and development of the directorate.

Roger Mentha’s expertise and knowledge of Firefighting has also been utilised to maximise the safety of firefighters, particularly their knowledge in the area of structural collapse. His operational expertise was also heavily drawn on throughout the 2019-2020 bushfire emergency where he had organisational wide responsibility for the allocation of firefighting resources.

During his service with FRNSW, Roger Mentha has volunteered for many years with the NSW Fire Brigades Relief and Fund where he is currently the president. In his volunteer role with the Relief and Welfare Fund he has helped hundreds of his colleagues and their family members when they needed it most as they dealt with hardship and distress.

Consistently throughout his service with FRNSW Roger Mentha has displayed distinguished service and is a worthy recipient of the Australian Fire Service Medal.

Stephen Hirst commenced with FRNSW in 1984 in the trades section, transitioning to a firefighter four years later.

He has dedicated his career to enhance the safety of our communities during that time and played a significant role in the prevention, preparedness and response requirements of FRNSW from his first day of service.

Chief Superintendent Hirst has moved across many roles within FRNSW, from working in the electrical trades, to a proactive firefighter, a Breathing Apparatus and Hazmat Instructor, Senior Instructor in regional areas, progressing to a Station Officer and Duty Commander.

Stephen has played a significant role in many major emergencies both locally and internationally, spanning back to the Thredbo Landslide in 1997, where he was the rescuer who located Stuart Diver.

He also responded to the Japan Earthquake and Tsunami in March of 2011 followed by six weeks in Washington State in the USA as a Strike Team Leader fighting horrendous bushfires leading a strike team of firefighters.

During the 2019 – 20 bushfires, Stephen planned and committed strike teams from Region West deploying to the east coast of NSW. He spent countless hours planning, communicating and leading the deployment of the strike teams.

During 2022, Chief Superintendent Hirst played a lead role in FRNSW’s response and recovery to the Northern Rivers floods. His own home and family became isolated and impacted by the floods and regardless of his own personal situation, he carried on over the following months leading and managing FRNSW deployment needs, as well as recovery from the flood emergency and business as usual.

Over the last 38 years, Stephen Hirst’s contribution has been in the finest tradition of FRNSW and he has gone above and beyond the call of duty to ensure the communities of NSW and internationally have been given the best possible emergency service.

Belinda Hooker was appointed to FRNSW in January 1996 and has made a significant and distinguished career benefiting FRNSW.

Her generous nature, passion for decency, equality and dedication directly impact and influences firefighters’ capability and provides a demonstrated example for those who wish to pursue a career within FRNSW.

Belinda has progressed through the FRNSW ranks from recruit to Inspector, providing an example to all firefighters.

She is aware of the significance of her achievements and is generous in providing leadership to other female firefighters, both through her direct achievements, and as a mentor to others seeking assistance.

Inspector Hooker values diversity and inclusion and leads by example within this field. Her leadership and behaviours acknowledge varied views to provide a more beneficial outcome to FRNSW in representing the community that it serves.

She believes everyone has the right to feel included in the workplace, and through her involvement in the Women’s Inclusive Network and FRNSW Sports Association, her aim is always to be proactive to improve organisational culture.

Belinda has had a diversified career, filling several key operational and non-operational roles during her extensive service to the community of NSW. She has spent time in education and training, operational safety, capability as a research officer and building fire safety where she was the team leader and research project officer for the cladding task force, enhancing FRNSW building fire safety for the NSW Government.

Belinda is an engaged professional with an ability to provide strategic direction in the implementation and delivery of professional development programs in FRNSW’s Education and Training Directorate. With exemplified leadership over 60 Officers and Senior Officers have been successful in reaching their potential.

Deputy Captain Ryan has been the backbone of Peer Support for Fire and Rescue NSW in Western Regional areas since 1996 giving up thousands of hours of his own time. He has provided support and coping strategies to countless numbers of emergency service staff and community members throughout NSW.

Along with this he has provided service as the Deputy Captain at Dubbo since 2006 attending a wide variety of emergency incidents both in the local area as well as to the wider NSW community during Bushfires, Floods and Hailstorm natural disasters.

Peter is highly regarded amongst all who know him in the community and within Fire and Rescue NSW Peer support service personnel throughout NSW for his dedication to helping others in their time of need.

His distinguished service is one to be revered spanning over a 50-year period, all for the reward of being able to help people who may not be able to help themselves during emergencies. 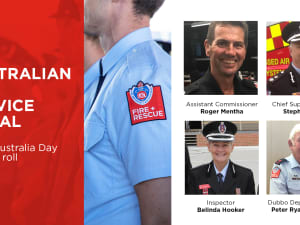 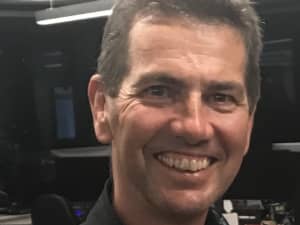 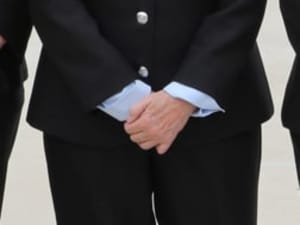 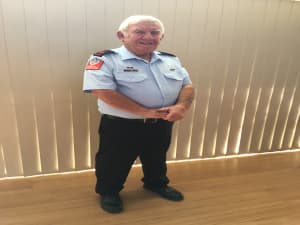 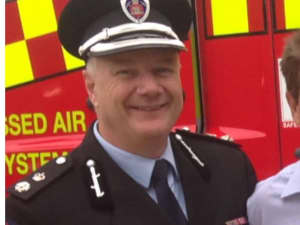 It“s the law to have at least one working smoke alarm installed on every level of your home.

If you do your bit to minimise the risks in your home, we can all stay safer together.