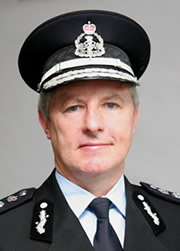 NSW Fire Brigades (NSWFB) Commissioner Greg Mullins today urged parents to be vigilant with children's after school activities, warning that this was the time children were most likely to play with fire.

Commissioner Mullins said NSWFB statistics showed that the most common time for children to experiment with fire was between 3pm and 6pm - the crucial hours between finishing school and dinner.

Almost 10 per cent of fires in NSW are believed to be started by children, putting them at risk of injury and even death.

"With children now back at school, it’s important that parents and carers know where their kids are and what they are doing," Commissioner Mullins said.

"Some kids seem to have a fascination with fire, but it’s so important that they understand that fire is a 'tool not a toy'," he said. "Playing with lighters or matches in the home and lighting bush or grass fires is incredibly dangerous behaviour.

"Children are often not aware of the consequences of their actions or how fast fire moves and how quickly they can be overcome by the toxic gases in smoke."

Commissioner Mullins urged parents who were concerned that their child was playing with fire to call a special NSW Fire Brigades' toll-free number - 1800 600 700 ' or visit the local fire stations or www.fire.nsw.gov.au for information.

The toll-free number and NSWFB's Intervention and Fire Awareness Program sees Fire Intervention Officers work directly with a family to help them understand the issues, suggest strategies and develop an action plan to help make their home safer, and if necessary refer them to other professional help.

Commissioner Mullins said that he had seen over many years the positive impact of fire safety awareness programs on both children and their families.

"Firefighters go to preschools and primary schools across NSW to educate children about fire safety," he said. 'I've lost count of the number of times firefighters have told me how a family was saved because they knew to 'get down low and go, go, go' or to 'get out, stay out' when there was a fire.

"If you see smoke or kids playing with fire, please call Triple Zero (000) immediately. It could make the difference between life and death."